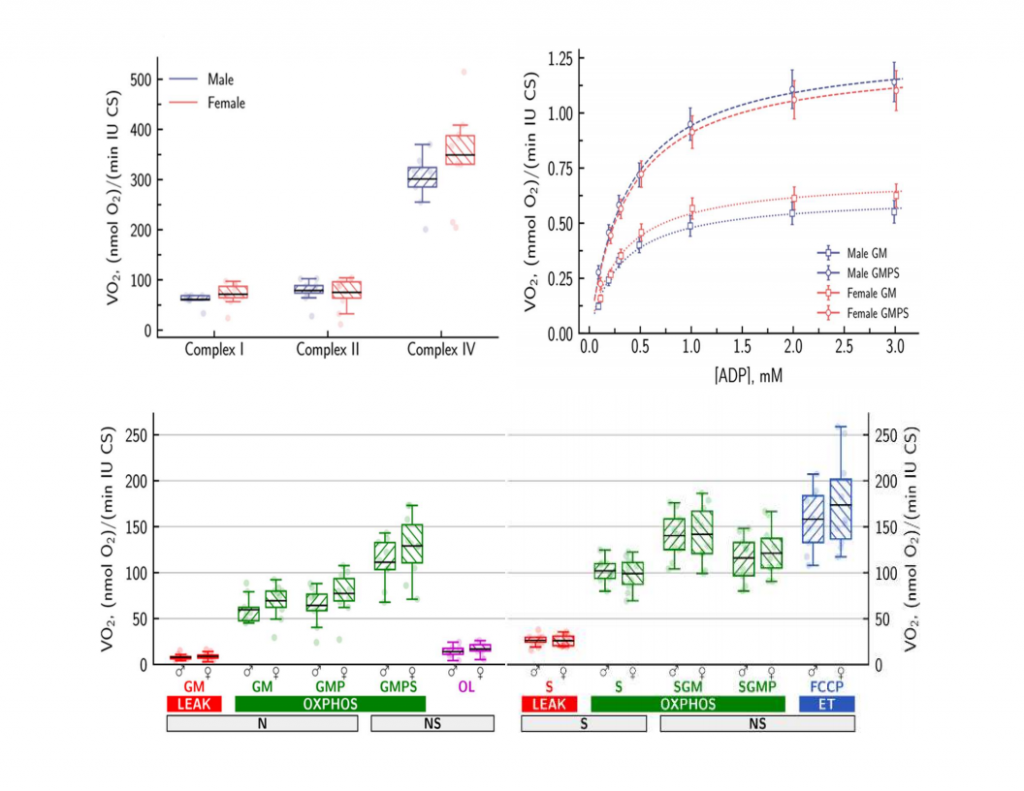 Sex differences in cardiac physiology are getting increased attention. This study assessed whether isolated, permeabilized cardiomyocytes from male and female C57BL/6 mice differ in terms of their respiration with multiple substrates and overall intracellular diffusion restriction estimated by the apparent ADP-affinity of respiration. Using respirometry, we recorded 1) the activities of respiratory complexes I, II and IV, 2) the respiration rate with substrates fuelling either complex I, II, or I + II, and 3) the apparent ADP-affinity with substrates fuelling complex I and I + II. The respiration rates were normalized to protein content and citrate synthase (CS) activity. We found no sex differences in CS activity (a marker of mitochondrial content) normalized to protein content or in any of the respiration measurements. This suggests that cardiomyocytes from male and female mice do not differ in terms of mitochondrial respiratory capacity and apparent ADP-affinity. Pyruvate modestly lowered the respiration rate, when added to succinate, glutamate and malate. This may be explained by intramitochondrial compartmentalization caused by the formation of supercomplexes and their association with specific dehydrogenases. To our knowledge, we show for the first time that the apparent ADP-affinity was substrate-dependent. This suggests that substrates may change or regulate intracellular barriers in cardiomyocytes.